India, Bangladesh set to feature in tri-series in Sri Lanka

India, Bangladesh set to feature in tri-series in Sri Lanka 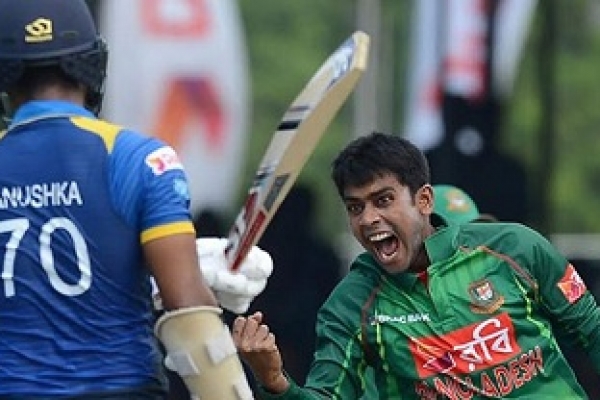 Sri Lanka Cricket on Friday announced fixtures for the T20I tri-series, including India and Bangladesh, to be played from March 8-20, reports CricBuzz.

The three teams will play two league matches each against one another, before the final which will be played on March 8. All games will be played at the R Premadasa Stadium in Colombo.

Speaking about the tournament, Rahul Johri, BCCI CEO, added: "We are privileged to be a part of Sri Lanka's 70th year celebrations, there is no closer friend to the BCCI than Sri Lanka [and Bangladesh] and when Mr. Sumathipala first floated this invitation, there was almost instant agreement that the Indian Team would participate for this reason."

Speaking about the occasion, Thilanga Sumathipala, SLC President, said: "70 years is a long journey, and one that needs to be commemorated and celebrated. We are happy that our closest neighbours, who share more or less the same journey of independence are joining us in this celebration, which we believe will be a milestone and an augur of thegreat things to come in the annals of cricket."

Nazmul Hassan Papon, Bangladesh Cricket Board President, added: "The support and contribution of Sri Lanka [and India] in Bangladesh's cricketing journey could not be overemphasized, and that this invitation was a clear testament to what a good friend Sri Lanka has been to Bangladesh's Cricket.

"This Tournament too, would no doubt continue to strengthen the bonds between the 3 nations."