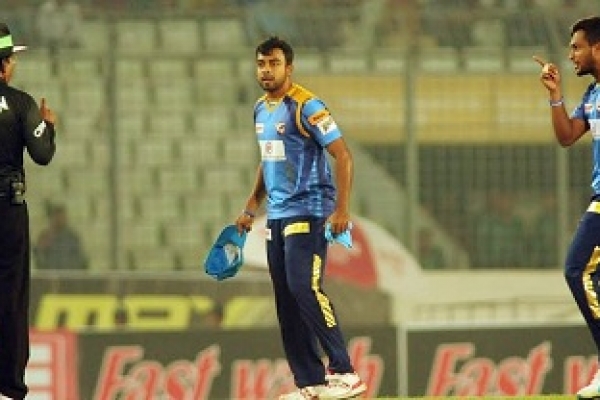 Bangladesh Cricket Board has fined Dhaka Dynamites skipper Shakib Al Hasan has been fined 50 per cent of his match fee for showing dissent during the game against Comilla Victorians on Monday.

Three demerit points have also been added to the Bangladesh T20 captain’s name. One more and he will be banned for a game.

Tamim Iqbal, Sabbir Rahman and Liton Das are also walking on the suspension tightrope, all having three demerit points to their names.