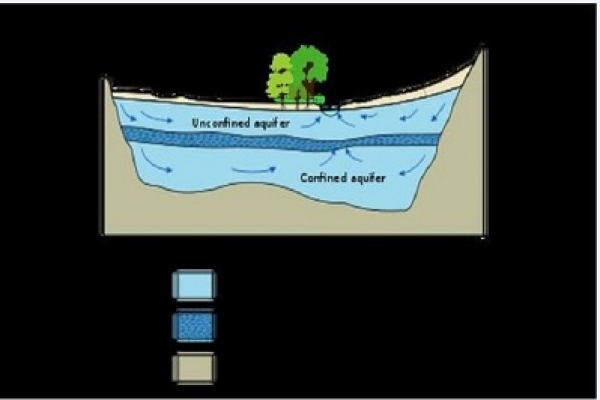 Two water mines were discovered at Savar and Manikganj area under Dhaka. The source of the water is a glacier of the Himalayas, the WASA sources said.

WASA said, the two mines have water reserve for using up to 40 years and still the flow is coming. This flow of water will never end.

WASA Managing Director Taksim Khan said to the newsmen, the supply of water from these mines will start from March 2018 in Mirpur area.

The supply of water will be brought through pipelines in Mirpur as water level is going down in the area. It is drinkable but its iron level is high and for that a plant was established there to remove iron.

Taksim Khan said, Dhaka WASA is going to reduce dependency on underground water and going to use the surface water. By the year 2021 in Dhaka WASA’s 70 percent water will come from surface water which is environment friendly.

Two aquifers were discovered at Savar and Manikganj near Dhaka in 2009. One at Tetuljhara Vakurta area in Savar and the other at Singair in Manikganj. These aquifers are 600 feet from the surface and expanded in a vast area. If 15-20 crore liters water can be extracted from those then the underground reservoir will be usable for 40 years.