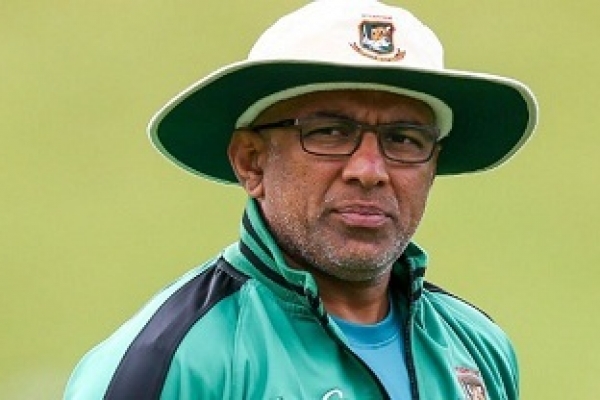 Sri Lanka’s cricket board on Wednesday announced it was in talks to hire Bangladesh head coach Chandika Hathurusingha subject to him securing a full release from his current contractual obligations.

The board said it would offer the 49-year-old the position of head coach "subject to the full release of his contractual obligations" with the Bangladesh Cricket Board (BCB).

"There is no doubt that Hathuru (Hathurusingha) would be a great fit for us with the direction of both our short and long term goals," Sumathipala said in a statement.

"I have written personally to the BCB informing him of our intention (to hire Hathurusingha)."

Sri Lanka wants him to groom the national team for the 2019 cricket World Cup, according to official sources.

Hathurusingha had said earlier this month that he was stepping down from the Bangladesh team after a disastrous tour of South Africa.

However, there was no word from the Bangladesh board if they had agreed for him to prematurely end his contract and join the team of his native Sri Lanka.

Under Hathurusingha, perennial minnows Bangladesh made rapid strides in world cricket, reaching the semi-finals of the Champions Trophy tournament in England this year.

But he came in for criticism during Bangladesh's recent tour of South Africa, where the team failed to register a single win.

His contract with the Bangladesh Cricket Board was supposed to run until World Cup 2019 and made him one of the highest-paid cricket coaches in the world on $40,000 a month.

Hathurusingha played 26 Tests and 35 ODIs for Sri Lanka before becoming the assistant coach under Trevor Bayliss, a job he lost in 2010.

He went on to be appointed coach for Australia's New South Wales side, landing the more lucrative Bangladesh job in May 2014.