Starc, Hazlewood rip through England for 2-0

Starc, Hazlewood rip through England for 2-0 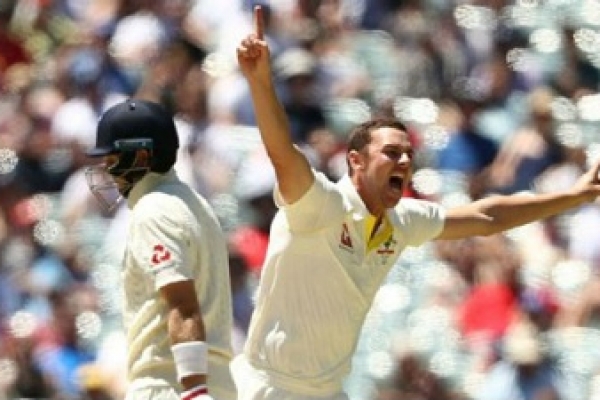 From then on it was only a matter of time, and not even much of that. Moeen Ali was trapped lbw trying to sweep Nathan Lyon on 2, and the rest of the damage arrived with the new ball. Mitchell Starc curled the very first delivery with the new pink Kookaburra in to the pads of Craig Overton, who was lbw for 7; Stuart Broad edged behind off Starc for 8; and the result was confirmed when Jonny Bairstow chopped on against Starc for 36.

Starc had finished with 5 for 88, but it was Hazlewood's two early strikes that set the tone for the final session of this Test. After a day of England fight, normal service had resumed. And if the Gabbatoir is the fortress at which Australia like to open their summer, the Adelaide Oval day-night Test is becoming a strong occasion for them as well - the Australians have now won all three pink-ball Tests played in Adelaide.

Now the teams fly to Perth with Australia just one win away from regaining the Ashes. And if Root wins the toss at the WACA, don't expect him to do anything but bat.