BPL title: Mashafe wins it for the fourth time

BPL title: Mashafe wins it for the fourth time 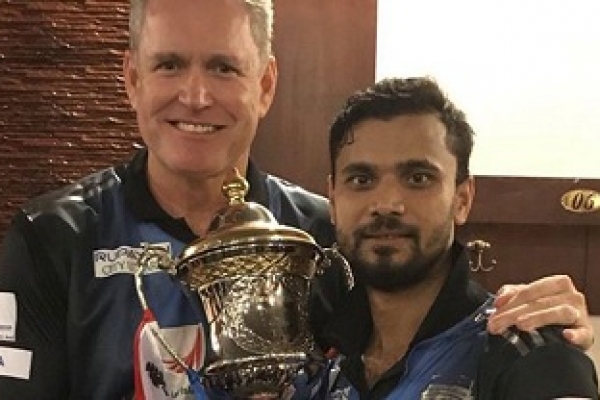 On the night of his teammate Gayle’s record breaking innings, Mashrafe has won the BPL title for the fourth time which makes him the only captain to do so. He is also the only player to lift the trophy for four times.

The skipper of the winning side gifted his team with a breakthrough as he dismissed Dynamite’s opener Mehedi Maruf. Bowling 4 overs he gave away 25 runs only. In the whole competition, Mash has taken 15 wickets in 14 matches.

Being the 4th team after the end of the group stage, Rangpur had to play the eliminator and qualifier during the playoff phase. And Mashrafe guided his men, the way a quality team’s players should be guided.

Mashrafe was the lighthouse that guided the Rangpur’s fleet to the shore of success. Winning all the BPL finals that took place but one, Mashrafe also owns the 4th place in BPL’s all-time top wicket-taker’s list.

Mortaza has been the architect of Bangladesh ODI team’s grandeur in the recent times. The Tigers have been very wonderful at their own backyard and also in the overseas for the last few years under his captaincy.

‘The man, the myth, the legend’ and all other similar phrases sound cliché when it comes to describing the calm and composed, yet aggressive in his own way, personality. Surgeries after surgeries, obstacles after obstacles couldn’t repress his brilliance.

Right from the 2015 ICC World Cup, Mashrafe and his team are creating wonders. Defeating Pakistan, India and South Africa for the first time on Bangladeshi soil, reaching the semi-final and many more matches prove how Mashrafe is the one true pioneer for the tigers.

Once again he put a smile on the face of millions of his fans by becoming the BPL champion. Once again, he proves his worth.