Mirpur blitz one of my top five knocks: Gayle

Mirpur blitz one of my top five knocks: Gayle 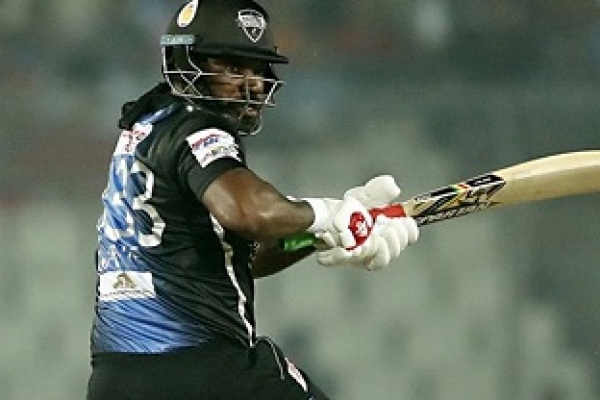 Chris Gayle having his legs slightly apart with the bat over his head in his follow through and watching the ball sail over the long-on fielder was one of the most enduring images of BPL 2017.

Gayle's relentless assault - a record 146* off 69 balls - razed defending champions and pre-tournament favourites Dhaka Dynamites in the title clash. Gayle's 18 sixes - the most in a T20 innings - was a methodical assault, which thrilled the packed Mirpur crowd.

He cherished his fifth BPL hundred and 20th overall in T20 cricket, calling it one of his best T20 knocks. "It is a big game, a big occasion to actually stand out and get a century in a final," Gayle said. "You actually look back and say well done. You tap yourself on the back. It is a winning effort as well, which makes it more special for me. So I am glad that we came out on top. I would put it in the top five [among T20 centuries], certainly for the occasion as well. I will have to reflect where this takes place. It is right up there."

Gayle said that Rangpur Riders looked to bat deep into the innings, especially after they had lost previous match-winner Johnson Charles in the second over. "They [Dhaka Dynamites' started well. We lost Charles a bit early," Gayle said. "We had to give ourselves a chance to bat as deep as possible. It was important for one of us to bat right through the innings. It actually set the momentum for us."

Gayle said keeping Dhaka's key bowler Sunil Narine at bay was also part of Rangpur's plan. "It is a good wicket, once you are set on it," he said. You can score a bit freely. It wasn't the best, fully 100 % batting conditions. They had quality bowlers. We didn't let their best bowlers get wickets.

"Narine is their key bowler. Once you lose Charles early, you play according to the situation, use a bit of experience. Know when to go, when to hold back." Gayle also credited Brendon McCullum with whom he added an unbroken 201 - the highest stand for any wicket in the BPL.