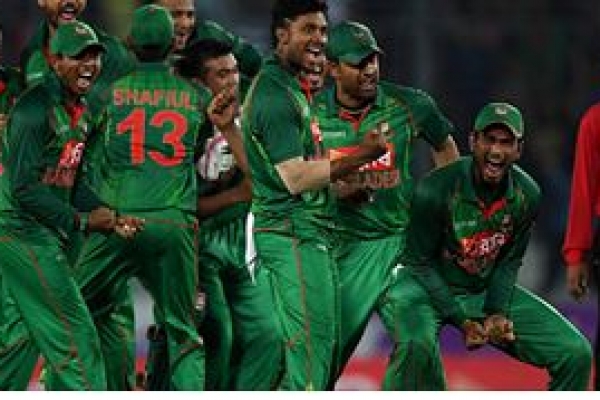 Tigers have thrashed Sri Lanka by 163 runs after Bangladesh put Sri Lanka under pressure posting a huge total 320/7 in the third match of tri-nation ODI series in Mirpur.

After the good from the Bangladesh batsmen, bowlers have picked up three early wickets to push back Sri Lanka at Shere Bangla National Stadium, Dhaka.

Bangladesh have posted 320/7 in all fifty overs against Sri Lanka with blitzes from dashing opener Tamim Iqbal, all-rounder Shakib Al Hasan and Mushfiqur Rahim in Mirpur.

Biggest win margin (by runs) in ODIs for Bangladesh

Chasing the huge total, Sri Lanka managed to score only 157 runs losing all wickets in 32.2 overs.

Bangladesh went strongly against Sri Lanka when Tamim led the Tigers before he was dismissed for 84 at Shere Bangla National Stadium.

Sri Lanka have already lost to Zimbabwe in their first game of the Tri-nation ODI series.

Earlier Bangladesh have won the toss and have opted to bat first against Sri Lanka in the third match of the series.