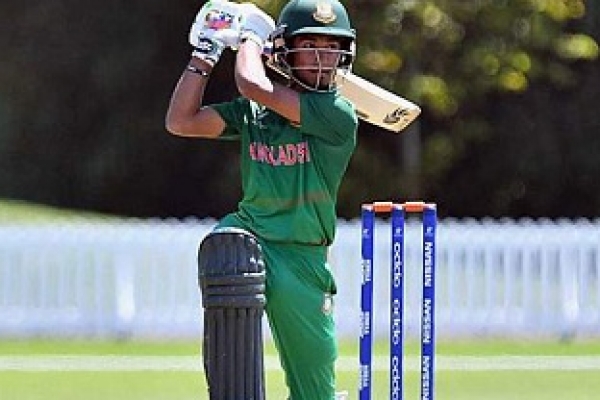 Hasan Mahmud and Afif Hossain's three-fers set up Bangladesh's stunning five-wicket win over England in the second 5th Place Playoff semifinal of the ICC Under-19 Cricket World Cup 2018 in Queenstownon on Sunday.

After the bowlers restricted England to just 216, Hossain then hit a solid 71 with the bat to put his side on the doorstep of a memorable win.

England had recovered well after the early loss of opener Tom Banton as Liam Banks and Harry Brook put on a century stand for the second wicket.

However, Mahmud struck thrice in quick succession as England slipped from 143/1 to 154/4 in the space of four overs.

Mahmud finished his brilliant spell with figures of 10-2-29-3 and Hossain picked three in the lower order to deny England a chance of a late comeback.

Jack Davies and Prem Sisodiya chipped in, but couldn't help their side to a commanding total. England folded for 216, in the 48th over of their innings.

The batsmen carried forward the good work done earlier in the day to overhaul the modest target with more than two overs to spare.

Hassan at the top, and Hossain later dropped anchor even as others around them struggled to convert their starts.