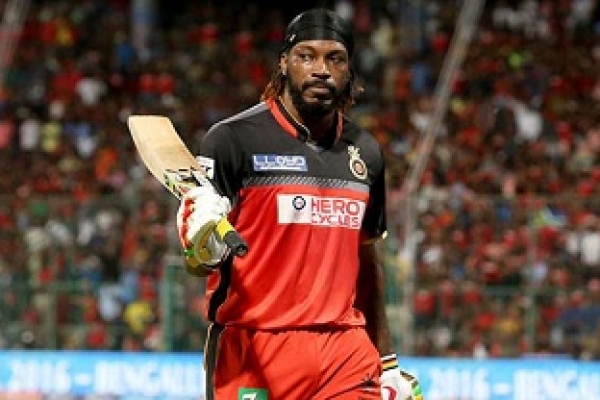 Chris Gayle was rejected twice in the IPL Auction 2018 before being finally bought by Kings XI Punjab.

The 38-year-old, who played for Kolkata Knight Riders in 2009 and 2019 and Royal Challengers Bangalore from 2011-2017, went to KXIP for his base price of Rs 2 crore in the last round of the player auction held in Bengaluru.

Gayle did not attract any bids on Saturday but the West Indian power-hitter would have pinned his hopes on the accelerated bidding process.

However, once again, there were no bids for Gayle even though his was the first name to be called out from a list of unsold players.

But Gayle, along with a few other players, was represented again for a third time. KXIP, who had been left with Rs 2.30 crore in their kitty (out of a purse of Rs 80 crore), bid for him.

By then, Rajasthan Royals were the only other team who had any money left in their purse to bid for Gayle. However, they did not have enough to bid against KXIP.