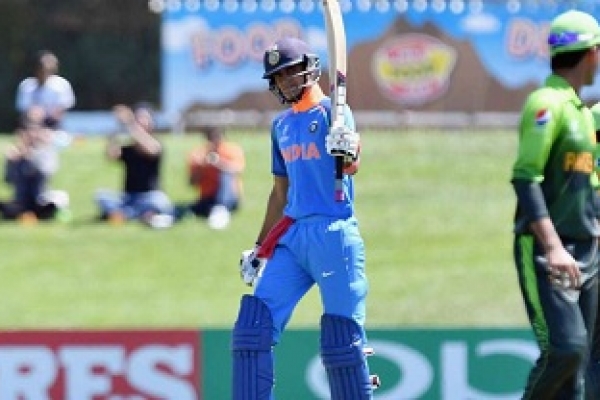 India on Tuesday entered into the ICC U-19 World Cup final after beating Pakistan by 203 runs.

Shubman Gill's unbeaten 102 runs helped India score 272/9 after opting to bat and later Ishan Porel’s 4/17 crushed Pakistan. Pakistan were bundled out for 69, their lowest total in ICC U19 CWC history.

India had set a target of 273 runs for Pakistan in the second U-19 World Cup semi-final match, being played at Christchurch's Hagley Oval cricket ground.

India's Shubman Gill stood out amongst the batters and scored 102 runs in 94 balls, taking the team's score to well past 250.

Earlier, both openers, skipper Prithvi Shaw and Manjot Kalra provided a solid start after the men in blue won the toss and elected to bat first.

Both had shared a partnership of 89 runs before the skipper was run out for 41.

Following the skipper's dismissal, Kalra also departed and India was 94/2.

After a brief stability, the men in blue again suffered a mini-collapse in the middle overs, when Harvik Desai, Riyan Parag and Abhishek Sharma departed in quick succession, leaving the team tottering at 166/5.

However, Gill, along with lower-order batsmen, brought the team back on track and India finally summed up the inning at 272/9.

India has so far been unbeaten in the tournament, while Pakistan's only defeat came in their opening match against Afghanistan.