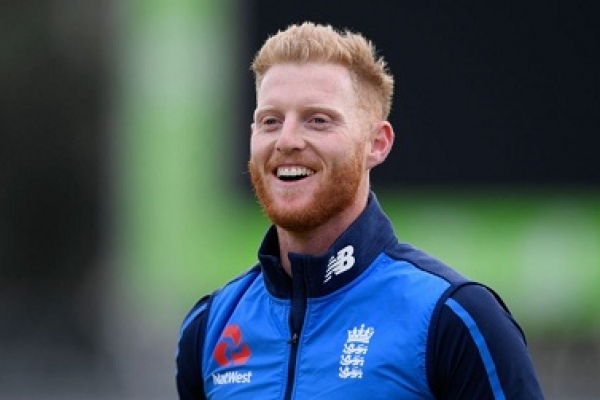 England and Wales Cricket Board (ECB) on Friday (February 2) named all-rounder Ben Stokes in the 15-member squad for the upcoming five-match One-Day International series against New Zealand that starts on February 25.

England, who won the recently concluded a five-match ODI series against Australia 4-1, will look to extend their limited-overs dominance, and by naming Stokes have only strengthened their bid.

However, Stokes's inclusion comes with the usual caveat that the ECB has quite oft used for the star all-rounder, that his participation will hinge on how his first court appearance scheduled for February 13 goes.

With Stokes coming back into the squad, England leave Dawid Malan out, who was earlier a part of the recently-concluded series in Australia. Jake Ball, who was named as cover for injured Liam Plunkett for the T20I series, failed to find a spot for the ODI series too. That aside, the squad wears a very consistent look.

On January 17, ECB had confirmed Stokes would be considered for selection. However, the hearing is set to delay his return as convictions for affray can carry financial or custodial penalties of varying severities. England will first be involved in a T20I tri-series in New Zealand, also involving Australia, starting from Friday.

James Whitaker, the chairman of selectors, expressed his delight on the team's recent success and believes that the unit is making rapid progress keeping the 2019 World Cup in sight. "On behalf of the England selectors I'd like to congratulate head coach Trevor Bayliss and captain Eoin Morgan on their victory in the Gillette ODI series over Australia. Our ODI side has made excellent progress over the last three years and it's encouraging to see with the 2019 World Cup on the horizon. We're sure to encounter strong opposition in New Zealand but it's another opportunity for the team to test themselves and to continue playing entertaining cricket."

Earlier, the head coach Trevor Bayliss, had referred to Stokes's comeback to the England squad as a welcome problem since he believed that the competition it would create would only make the unit better. "It's a good problem. Everyone knows he is coming back in the team at some stage and that keeps everyone on their toes to make sure they are not the ones who get pushed aside when he comes back."