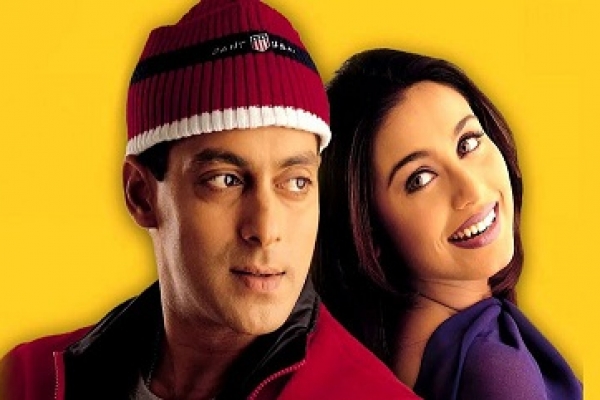 Rani Mukerji had recently visited Salman Khan’s TV show ‘Bigg Boss 11’ to promote her movie ‘Hichki’. There, she reportedly joked with Salman and asked him to have kids without marriage.

The two have done quite a few films together and share a great rapport, so amazing that Salman actually came to Rani’s rescue when she couldn’t turn up to her commitment.

According to a report on Mumbai Mirror, it so happened that Rani had to pull out as a guest from actor Ram Kapoor’s TV show ‘Comedy High School’ as she was not feeling well, just like she did with Rohit Shetty and Karan Johar’s show. But it didn’t matter much, since Rani’s next film has been postponed by a month.

But the actress or Ram didn’t have much to worry about, as Salman Khan arrived on Ram’s sets as Rani’s replacement at 6 pm, all of this inspite of him also being caught with fever and cold.

Salman reportedly made his way to the show on a cycle and danced to ‘Sajan Radio’ from ‘Tubelight’ and the ‘Dabangg’ title track.

At one moment the superstar joked about helping friends (Karan Johar, Kareena Kapoor-Saif Ali Khan, Rani Mukerji and Aditya Chopra) look for schools for their kids since he doesn’t have any of his own and in the next moment, he said he has ‘nau bacche’, then corrected himself saying ‘no bacche’.

Ram must be overwhelmed. Not only did Salman replace Rani as the guest on the first day of the show, but took the show to another level with his quirk.