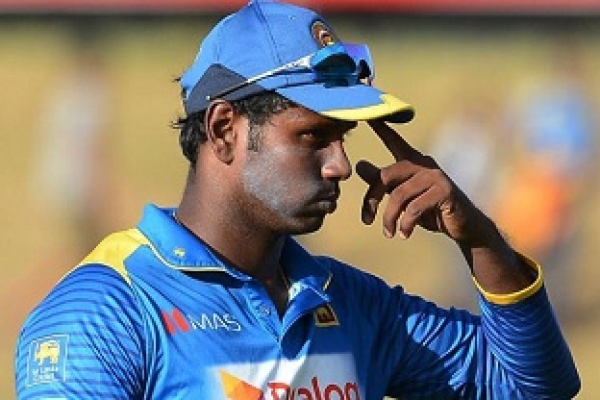 The hamstring complaint that forced Angelo Mathews out of the tri-nation series in Bangladesh after one match will in fact keep him out of the entire Bangladesh tour. As has often been the case with Mathews, this injury is taking longer to recover from than team management had initially forecast.

It was earlier suggested that Mathews could've been fit enough to play in the ongoing Test series, but it is now confirmed that the team is merely hopeful that he will even be available for next month's Nidahas Trophy - a T20 tri-series also involving Bangladesh and India.

The Bangladesh tour was the third-consecutive overseas tour Mathews has withdrawn from with a hamstring injury, having also done so last year in South Africa and India. In 2016, he had missed a full tour of Zimbabwe with "multiple leg injuries" as well.

Mathews' withdrawal from the Test squad is unlikely to cause major consternation, as the top six from the Chittagong Test is likely to be retained.

His absence from the T20s, however, presents more of a problem. Mathews was reinstated as limited-overs captain in January, after a six-month hiatus.

While in ODI cricket Dinesh Chandimal was an obvious replacement as leader, Chandimal may not make the T20 side. Sri Lanka may perhaps look at Thisara Perera as a captaincy option once again.