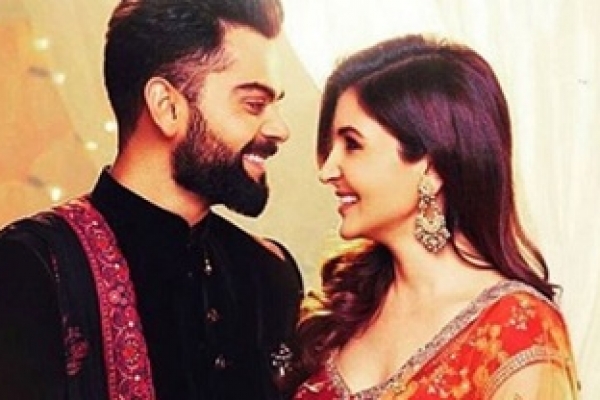 Kohli displayed immaculate skills with the bat to leave the South African bowling attack clutching at straws as he made a mockery of several batting records. While the Indian captain credited the team for putting out their best performance in the series, he did not fail to mention his wife, Anushka Sharma's contribution to his career.

Kohli said, "People who contribute off the field they deserve a lot of credit as well. My wife who keeps me motivated deserves a lot of credit. She's been criticised a lot in the past. But she's one person who's kept me going throughout the tour."

The Indian skipper was in a destructive mood at Centurion as he scored an unbeaten 129 off 96 balls. Kohli is in sublime form and there seems no stopping the Indian run-machine.

In the post-match presentation, Kohli also had a warning for the rest of the bowlers around the world.

"You want to lead from the front with your performances. It's a wonderful feeling. I got 8-9 years left in my career. I want to make the most of it. It's a blessing from God that I'm healthy. I just look at it that way. I just keep my head down so I can give 120 percent for the team," said Kohli.

Kohli was also all praise for his team that came back from a 1-2 Test series loss to completely decimate the South Africans in their own backyard in the ODIs.

"They've shown a lot of character. Especially those two young spinners. They've been so brave and outstanding. They've come back from Johannesburg superbly. Three T20Is to go, tour is not over yet. The first two Tests we weren't happy with ourselves. Couldn't take the game to the opposition. Didn't take a backward step since Johannesburg. I was here, having lost the series, and speaking to you. And now I'm here, having won the series, and speaking to you. Been a wonderful turnaround," he added.

India will have very little time to celebrate their ODI series win with the first of the three T20s slated for Sunday in Johannesburg.