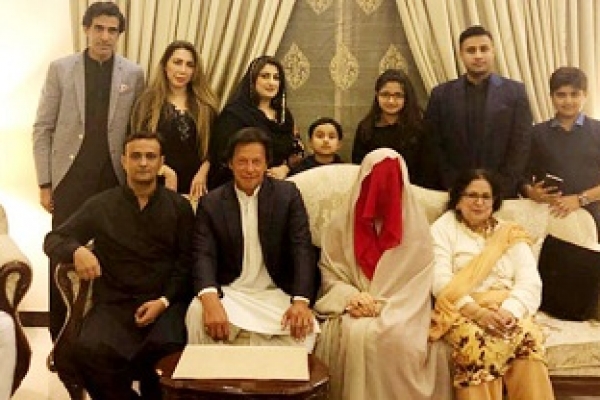 He said the marriage ceremony was held at Maneka's brother's residence in Lahore.

Reports of his marriage has been doing the rounds since January. Last month he made headlines after asking his supporters in a tweet to pray he finds "personal happiness which, except for a few years, I have been deprived of", following still unverified claims he had married his spiritual advisor.

Then, the flamboyant cricketer-turned-politician had questioned if he had "sold" state secrets to India or "laundered" the country's wealth to deserve a bad press.

Khan has previously referred to Watto, a mother of five, as his 'spiritual adviser' and someone whose guidance he valued.

Mr Khan had first tied the knot with Jemima Goldsmith in 1995 that ended in divorce after nine years in 2004. His second marriage was with Reham Khan, then a TV anchor, which lasted barely 10 months.

Bushra Maneka, who is in her 40s, is from the Wattoo clan, of which the Manekas are a sub-clan. She was married to Khawar Farid Maneka, a senior customs official in Islamabad, the Dawn newspaper reported.