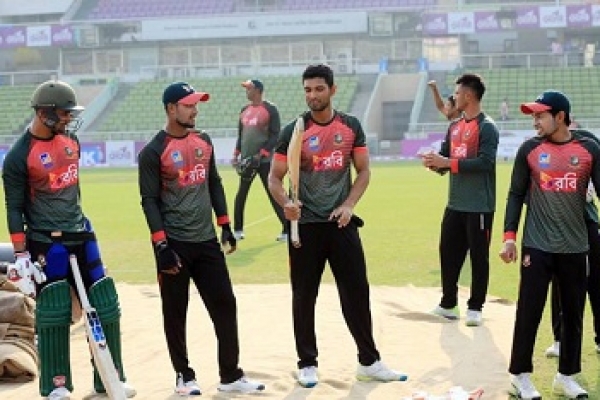 The Bangladesh Cricket board (BCB) on Monday announced the 16-member squad for the upcoming Nidihas Trophy T20I tri-series naming Shakib Al Hasan as the captain and Mahmudullah Riyad as his deputy.

Leading all-rounder Shakib Al Hasan has been included in the squad despite not making a full recovery from his injury yet. However, as Shakib's presence remains doubtful due to injury concerns, Mahmudullah may lead Bangladesh in the first match against India.

Meanwhile, legendary Caribbean pacer and bowling coach of Bangladesh - Courtney Walsh has been given charge of head coach of the team for the tournament.

Opener Imrul Kayes alongside Nurul Hasan Sohan, Mehidy Hasan Miraz and Taskin Ahmed have been called up and added again in the squad for the series.