Bangladesh to face India this evening 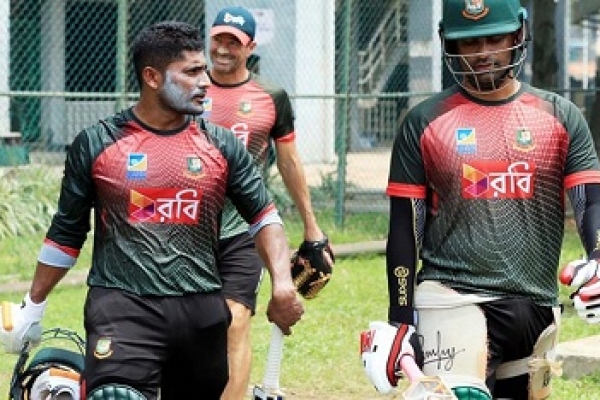 Bangladesh will take on India in their first match of the Nidahas Trophy Twenty20 International (T20I) cricket tri-series at the R Premadasa Stadium in Colombo on Thursday evening.

In this match against Bangladesh scheduled to begin 7:30pm (Bangladesh time), India will aim to recover from the five-wicket loss against Sri Lanka in the opening match.

Bangladesh will take on the field without their regular skipper and all-rounder Shakib Al Hasan, who is injured. In his absence, Mahmudullah Riyad ...Details»

Neymar faces "at least six weeks" out with a fractured metatarsal and a sprained ankle, according to the Paris Saint-Germain ...Details»

An incredible new timelapse reveals construction work on Saudi Arabia's Jeddah Tower, which is set to break the record as ...Details»

Bollywood actor Sridevi passed away on Saturday night after a cardiac arrest, confirmed her brother-in-law Sanjay Kapoor. She was 54.

Steven Smith, Nathan Lyon, Heather Knight, Fakhar Zaman and Mohammad Amir are among the winners of the ESPNcricinfo Awards for ...Details»

Bangladesh will take on visiting Sri Lanka in the first T20I of the two-match series scheduled to be held on ...Details»

As they prepare to meet in the Champions League on Wednesday, a look at why there's no love lost between ...Details»