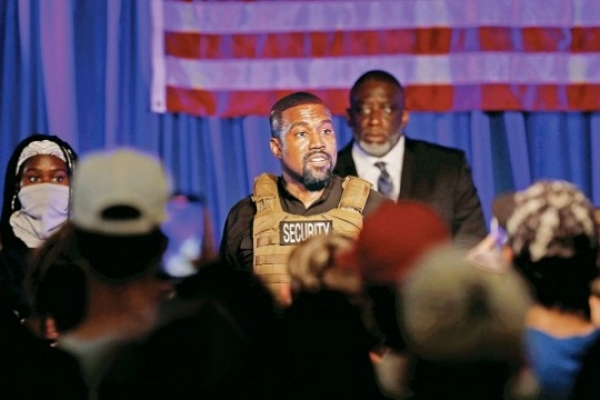 US rapper Kanye West broke down in tears on Sunday at the chaotic launch of his unlikely campaign to oust Donald Trump as president in November elections. Wearing a bullet-proof jacket marked "security," West gave a rambling speech in which he claimed he had wanted his wife, Kim Kardashian, to get an abortion and that renowned American abolitionist Harriet Tubman "never actually freed the slaves."

West told the event in Charleston, South Carolina, how he had wanted his wife to get an abortion when she was pregnant with North, their oldest daughter. He then revealed his father also had wanted to abort him.

At another point during his speech, he said, "Harriet Tubman never actually freed the slaves, she just had the slaves go work for other white people." West's speech, clips of which went viral on social media, provoked confusion, anger and concern for the musician's mental health. Less than four months ahead of November's election, West, 43, raised eyebrows on July 4 when he announced on Twitter he would challenge Trump.