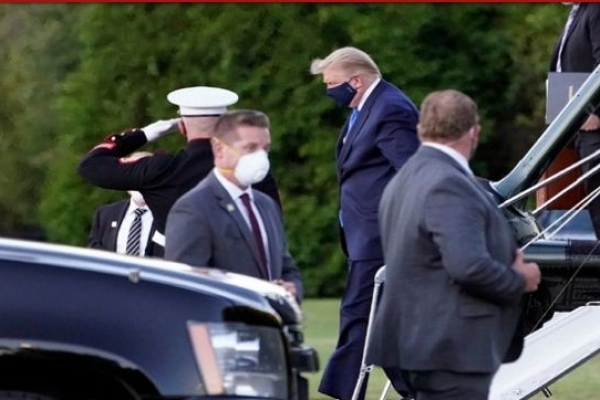 US President Donald Trump and first lady Melania Trump have tested positive for coronavirus. “Tonight, @FLOTUS and I tested positive for COVID-19. We will begin our quarantine and recovery process immediately. We will get through this TOGETHER!" Trump tweeted on Friday.

The President had said earlier in the night that he planned to quarantine. The president’s physician said Mr. Trump was “well” without saying whether he was experiencing symptoms and added that the president would stay isolated in the White House for now.

“The president and first lady are both well at this time, and they plan to remain at home within the White House during their convalescence,” the physician, Sean P. Conley, said in a statement without saying how long that would be. “

Mr. Trump received the test result after one of his closest advisers, Hope Hicks, became infected, bringing the virus into his inner circle and underscoring the difficulty of containing it even with the resources of a president.

Mr. Trump’s positive test result could pose immediate difficulties for the future of his campaign against former Vice President Joseph R. Biden Jr., his Democratic challenger, with just 33 days before the election on Nov. 3.

Even if Mr. Trump, 74, remains asymptomatic, he will have to withdraw from the campaign trail and stay isolated in the White House for an unknown period of time. If he becomes sick, it could raise questions about whether he should remain on the ballot at all.