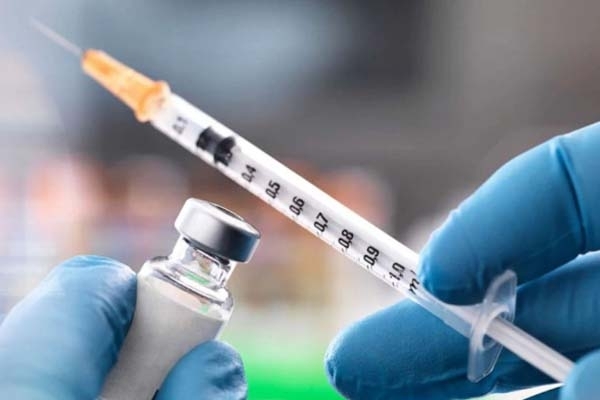 India has begun the world's largest Covid-19 vaccination programme, which aims to protect more than 1.3 billion people from the disease.

Millions of doses of two approved vaccines - Covishield and Covaxin - have been shipped across the country, reports BBC.

Prime Minister Narendra Modi launched the drive, saying health workers will be given the jab first.

India has recorded the second-highest number of Covid-19 infections in the world after the United States.

"We are launching the world's biggest vaccination drive and it shows the world our capability," Mr Modi, said, addressing the country on Saturday morning.

He added that India was well prepared to vaccinate its population with the help of an indigenous app, which would help the government track the drive and ensure that nobody was left out.

Mr Modi spoke at length about doctors, nurses and other front-line workers "who showed us the light" in "dark times".

"They stayed away from their families to serve humanity. And hundreds of them never went home. They gave their life to save others. And that is why the first jabs are being given to healthcare workers - this is our way of paying our respect to them."

An estimated 10 million health workers will be vaccinated in the first round, followed by policemen, soldiers, municipal and other front-line workers.

Next in line will be people aged over 50 and anyone under 50 with serious underlying health conditions. India's electoral rolls, which contain details of some 900 million voters, will be used to identify eligible recipients.

Several hospitals across India are geared up to give the first doses of the vaccine. The BBC's Geeta Pandey reports from Delhi's Max hospital that the entrance to the Mother and Child centre, where vaccines will be administered, is decorated with green, blue and white balloons.

"Inside the waiting room, there are posters on the wall with information about the documents one needs to bring, how safe the vaccine is, and the precautions that need to be taken even after one's been vaccinated," our correspondent reports.

Mr Modi also urged people not to believe any "propaganda and rumours about the safety of the vaccines".

"I want to tell people that the approval to these vaccines was given only after scientists and experts were satisfied about its safety," he said.

India's drug regulator has given the green light to two vaccines - Covishield (the local name for the Oxford-AstraZeneca vaccine developed in the UK) and Covaxin, locally-made by pharma company Bharat Biotech.

But concerns have been raised over the efficacy of Covaxin because the regulator's emergency approval came before the completion of Phase 3 clinical trials. The regulator and the manufacturer have said the vaccine is safe, and that the efficacy data would be available by February.

Both vaccines will be given as two injections, 28 days apart, with the second dose being a booster. Immunity would begin to kick in after the first dose but reaches its full effect 14 days after the second dose.

The status of the vaccines and recipients will be electronically tracked in real time - some 8 million people who will receive the early jabs have been already registered. More than 600,000 people have been trained for the drive.

The jabs will be voluntary, and recipients will be given a certificate of vaccination after they complete both doses.

"I expect India's vaccination programme will be run much better than most countries because of the considerable government investment and early preparedness," Dr Gagandeep Kang, one of India's best-known vaccine experts, told the BBC.

Farah Husain, a critical care specialist in Delhi's largest Covid-19 hospital, will be receiving one of the first jabs on Saturday.

"It has been a long and taxing journey being on the front line and trying to keep my family safe. My parents and grandparents helped me take care of my children, so I had to practice isolation from my children too in order to avoid the spread," Dr Husain told the BBC.

"This vaccine gives me hope that this is the first, significant step in preventing further exposure of my family due to my job. It will lift this heavy burden from my shoulders."