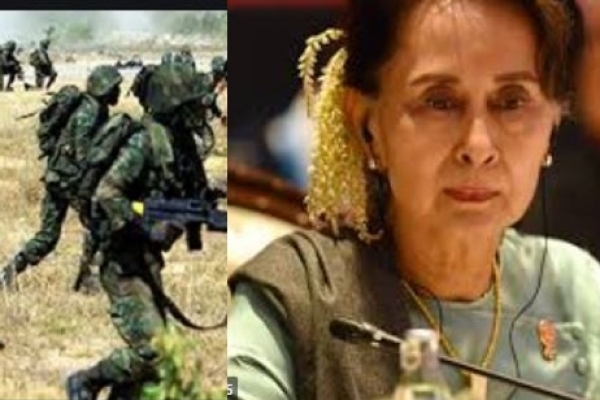 Myanmar President Aung San Suu Kyi and other senior ruling party figures have been detained by the military.

A party spokesman said on Monday, Suu Kyi and other leaders had been “taken” early in the morning. “I want to tell our people not to respond rashly and I want them to act according to the law,” he said, adding he also expected to be detained.

“We have to assume that the military is staging a coup,” a party spokesman said.

On Monday morning, Myanmar state TV said on Facebook it was unable to broadcast.

The raids come after the country’s powerful military raised the spectre of staging a coup as it ramped up demands for an investigation into alleged voter fraud during last year’s election, which was swept by Aung San Suu Kyi’s ruling party.

The raids took place just hours before parliament was due to begin its first session after the November election.

The National League for Democracy (NLD) won November’s poll in a landslide, but has been much criticised by rights groups for its disenfranchisement of voters in conflict-wracked regions.

The military-aligned opposition disputed the results, while the army has for weeks alleged widespread voter irregularities, claiming to have found 8.6m cases of fraud.