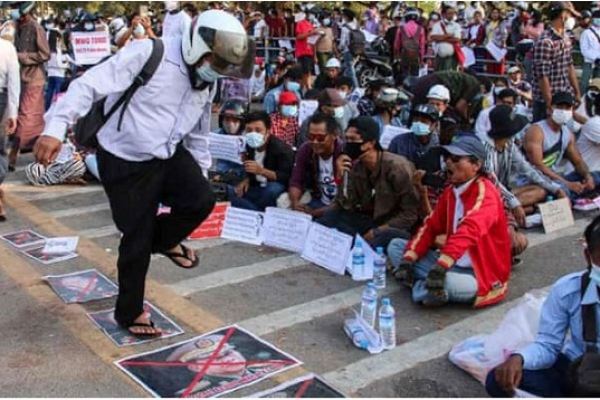 The United Nations human rights investigator for Myanmar has urged the UN Security Council to consider imposing sanctions on Myanmar. Thomas Andrews also called for an arms embargo on the country on Friday.

He said, “There were “growing reports and photographic evidence” that Myanmar security forces had used live ammunition against protesters since seizing power almost two weeks ago.

“Security Council resolutions dealing with similar situations have mandated sanctions, arms embargoes, and travel bans, and calling for judicial action at the International Criminal Court or ad hoc tribunals,” he told the Council. “All of these options should be on the table.”