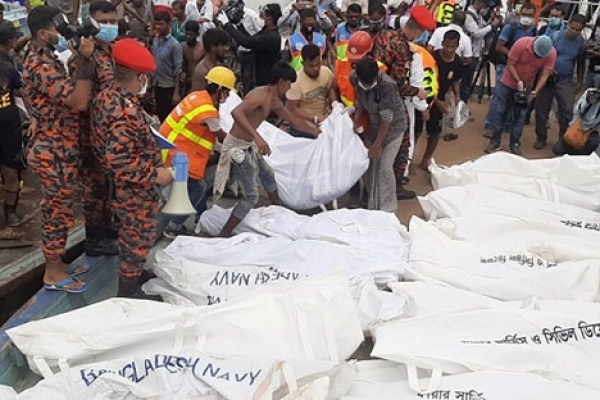 Seventeen dead bodies were recovered after a launch named “Morning Bird” with 50 passengers on board capsized in Buriganga adjacent to Shymbazar area in Old Dhaka on Monday morning.

She said, seventeen bodies were recovered from the spot so far. Bodies of three women and two children are among them.

The incident took place when a launch named “Moyur-2” hit “Morning Bird” at 10am.