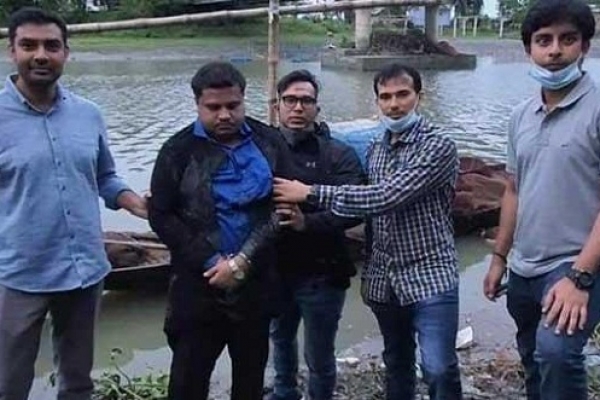 Chairman of Regent Group Sahed Karim alias Md Sahed has been arrested from the border area of Debhata upazila in Satkhira in providing fake coronavirus certificates and embezzling money from patients.

Members of Rapid Action Battalion arrested him with a firearms in a special drive from the bank of Labangaboti River in Komarpur village around 5am on Wednesday. Later, he was flown to Dhaka by a helicopter around 9am.

Confirming the matter to MTnews24.com, Ashik Billah, Director (Legal and Media Wing) of RAB, said he will be taken to RAB headquarters for primary interrogation.