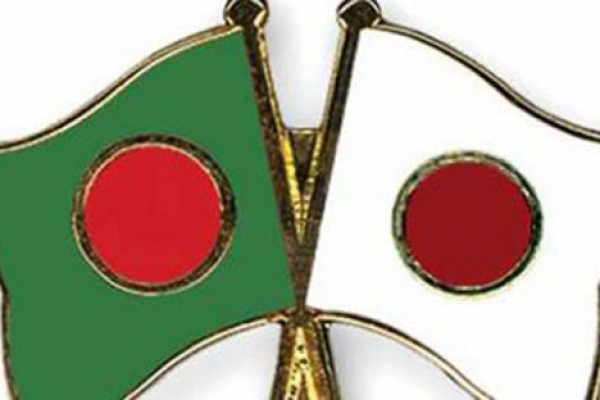 The authorities of Bangladesh and Japan today inked an agreement over the construction and renovation of 21 small and large bridges in the western region of Bangladesh with the Japanese government’s aid.

Project Director Engineer Abdus Sabur and Mritunnjoy Ghoshal of Japanese construction company signed the treaty on behalf of their respective sides at the project office at Banani in Dhaka.

Earlier, the Western Bangladesh Bridge Improvement Project was taken to construct 61 small and medium range bridges in 23 districts in the country’s western region with the Japanese government funds.

Under the project, construction work of 25 bridges has already been completed and works for 35 more bridges are going to end, said a press release of the road transport and bridges ministry.

These bridges will strengthen road networks in the western region by reducing time and cost for travelling and transporting goods, it said.

Under the Japanese financial support, Metrorail Route-6 is being implemented to ease the traffic gridlock in the capital Dhaka, the minister said.

Besides, he said, constructions of 2nd Kanchpur, 2nd Meghna and 2nd Gumti bridges on the country’s life line Dhaka-Chattogram highway have been completed with financial aid of Japan.

Quader said Japanese finance in upgrading the highway from Chattogram to Cox’s Bazar, a city of tourist attractions having the longest sea-beach at a stretch, has already been approved in principle.

The minister said the construction of two field hospitals has been completed for treatment of metro-rail project manpower in coronavirus (Covid-19) cases to carry on the project work amidst the current situation. Work is going on for setting up viaduct on metro-rail tracks and for electricity connectivity, he added.

Turning to contemporary politics, the AL general secretary said in the wake of the flood situation, BNP is talking absurdly instead of staying beside the affected people.

Mentioning the government’s all-out continuous responses to stand by the marooned people in floods, the minister said cluster plan is being taken to compensate losses in different sectors, including agriculture, and rehabilitate the victims after the flood.

Quader said the government welcomes any constructive criticism in the national interest but a vested quarter is out to spread rumors through social media and at home and abroad which is completely illogical and apparently it is for tarnishing the country’s image at the international arena. -BSS