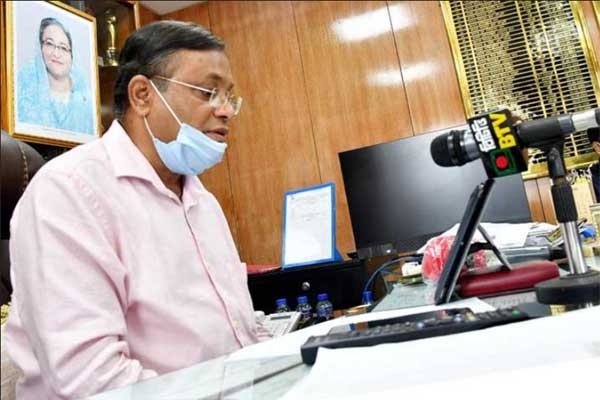 “Mirza Fakhrul Islam Alamgir and other BNP leaders are criticising the government in a similar fashion and we are also listening a string of criticism for long. But, the reality is that, Bangladesh is seeing much less death rate in coronavirus disease compared to other countries,” he added.

The information minister said, even, the death rate is less than neighouring states- India and Pakistan- due to proper, time-befitting and adequate steps of the government under the supervision of Prime Minister Sheikh Hasina.

Hasan made the comments while replying to queries of journalists at his Secretariat office here.

He said BNP could not handle any disaster properly when they were in power and the country had witnessed their failure repeatedly. “We saw their failure in the 1991 cyclone. During the BNP tenure, thousands of people died and huge assets were damaged in the 1991 cyclone due to their indecision and lack of proper management after the cyclonic storm,” he added.

Besides, he said, people died from starvation during the 2004 flood with water-logging caused miseries to inhabitants of the capital Dhaka. They (BNP) didn’t handle the flood situation efficiently, said Hasan, also Awami League joint general secretary.

On the other hand, the information minister said, Prime Minister Sheikh Hasina has successfully combated all past disasters with her dynamic and farsighted leadership. And, she (Sheikh Hasina) has been awarded on the global front for her ability of combating disasters, he added.

In a flash back to the past Awami League government’s handling of the 1998 flood that reported no death from starvation, Hasan said likewise the government has taken adequate remedial measures to address the miseries of the all flood-affected people in the country.

He said the countrymen know the history of successful combating of the 2007 ‘Sidr’ and the 2009 ‘Aila.’ Floods ravaged the country many a times during the last 11 and a half years, he said. A cyclonic storm also lashed the country this year, he added.

The information minister said Prime Minister Sheikh Hasina spent a sleepless night to monitor the cyclone and also gave directives to all concerned to tackle the cyclonic storm. After the cyclone, she conducted relief activities among the affected-people, he added.

He said the people of the country know how to combat floods and live with the delugesas well. “And many countries could know from us how to tackle floods,” Hasan added.-BSS