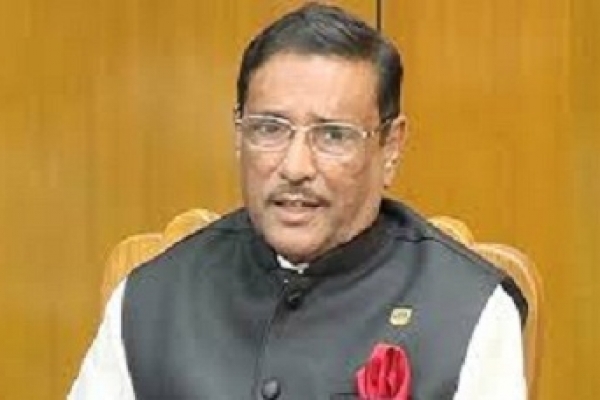 Awami League (AL) general secretary Obaidul Quader has said BNP leaders are talking nonsense like misguided travelers after being rejected by people in elections and movements.

The Road Transport and Bridges Minister said this while speaking at a programme held AL President’s Dhanmondi political office joining through video conference from his official residence on Friday.

Criticisng BNP leaders, Obaidul Quader said the leaders and workers of the party are using press briefing to use vulgar and clever words against the government in name of covering their weakness.

He said, ‘The days of shouting are over. People are now more aware in digital Bangladesh. Country’s people are confident on Prime Minister Sheikh Hasina’s leadership. People know there is no alternative of Sheikh Hasina in tackling the global epidemic and disaster situation and restoring subsequent economic dynamism.’

He further said, ‘In this crisis of coronavirus, the Prime Minister is taking one step after another for the welfare of people so that they do not suffer lack of food.
Under the leadership of Prime Minister Sheikh Hasina, Bangladesh is now much stronger than ever before in dealing with disasters.’