I'm guilty, will return money once my business reopens

I'm guilty, will return money once my business reopens 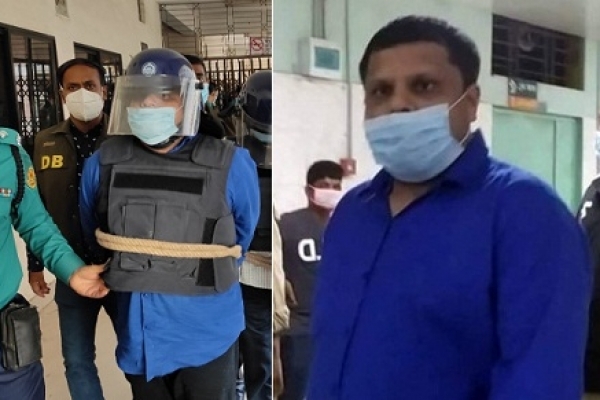 Confessing to his offence in the courtroom, Regent Group chairman Shahed Karim alias Mohammad Shahed on Sunday promised that he would return all the money (swindled from people) once his business reopens.  "Both me and Masud are guilty. It is better, if the remand hearing of the cases filed against me will be held after Eid. I have been on remad for last few days. I'm sick," said Shahed during his remand hearing.

After the hearing, Metropolitan Magistrate Rajesh Chowdhury placed Shahed on a 28-day fresh remand and the group's managing director Masud Parvez on a 21-day remand.

He also said, "sir, I've committed crimes. I'll return all the money once my business restarts." Shahed's lawyer sought bail for his client. But, the court rejected the bail prayer and granted police 28 days to interrogate him. Rapid Action Battion arrested Shahed from a bordering area of Satkhira on July 15.

Earlier on July 6, a mobile court of the Rapid Action Battalion (RAB) conducted raids at the Uttara and Mirpur branches of the Regent Hospital following allegations of issuing fake COVID-19 certificates. The mobile court also sealed off both the branches of the hospital.