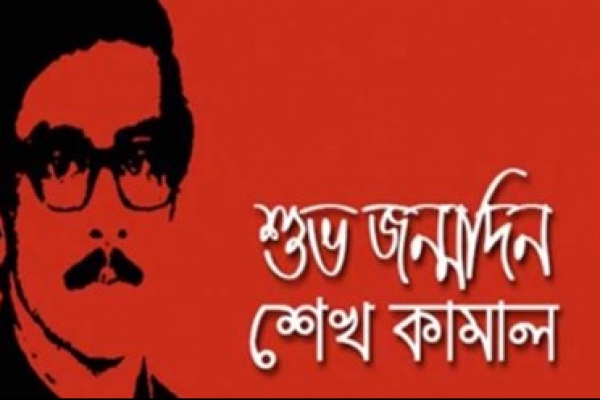 The 71st birth anniversary of Sheikh Kamal, the eldest son of Father of the Nation Bangabandhu Sheikh Mujibur Rahman, is being observed today (Wednesday). Born on August 5, 1949 at Tungipara in Gopalganj, Sheikh Kamal was a former executive member of the central committee of Bangladesh Chhatra League (BCL).

The Abahani Limited and its supporters paid tribute to Sheikh Kamal by placing wreaths at his portrait on Dhanmondi Abahani Club premises at 12:01 am.

They visited Kamal’s grave at Banani graveyard and held a doa- mahfil there seeking eternal peace of the departed soul of Sheikh Kamal and other family members of Father of the Nation Bangabandhu Sheikh Mujibur Rahman, who were assassinated by a group of disgruntled army personnel on August 15, 1975. Sheikh Kamal was one of the pioneers of modern football in Bangladesh and also founder-president of Abahani Krira Chakra.