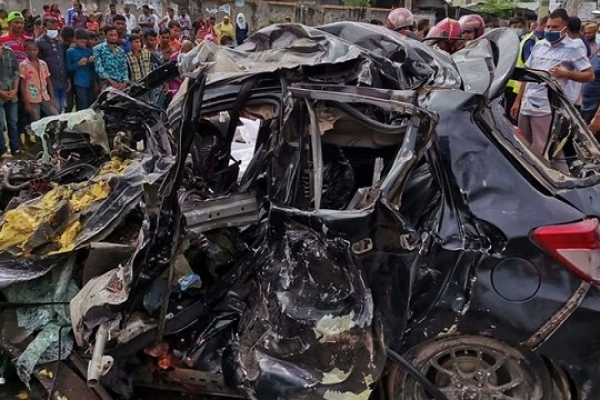 Six people were killed in a head-on collision between a bus and a private car in Mymensingh on Saturday morning. The incident took place on Dhaka-Mymensingh highway in front of Bhaluka Government Degree College around 9am.

Two children, two women and two men are among the deceased.