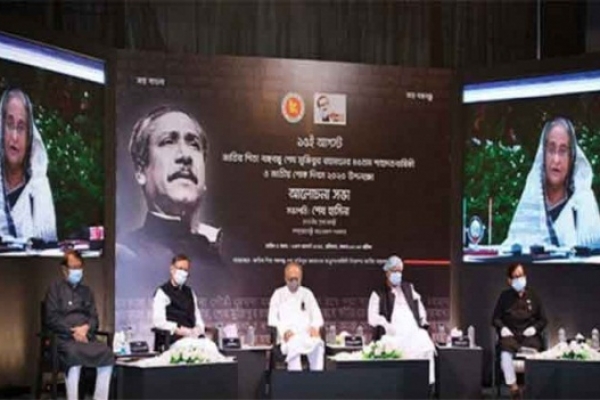 Prime Minister Sheikh Hasina described Bangladesh’s first military ruler Ziaur Rahman as “real villain” of the August 15, 1975 plot while years later his wife Khaleda Zia emerged as another such figure as the August 21, 2004 grenade attack was carried out.

The premier said this while addressing a discussion on the occasion of national mourning day and the 45th martyrdom anniversary of Bangabandhu on Sunday (August 23).

“The real villain behind the assassination of Father of the Nation Bangabandu Sheikh Mujibur Rahman was Ziaur Rahman,” she said. She tended to compare the two incidents with the first one killing Bangabandhu along with most of his family members while the second plot was aimed to eliminate her alongside senior Awami League leaders.

Sheikh Hasina said, Zia was the beneficiary of that carnage. Source: BSS