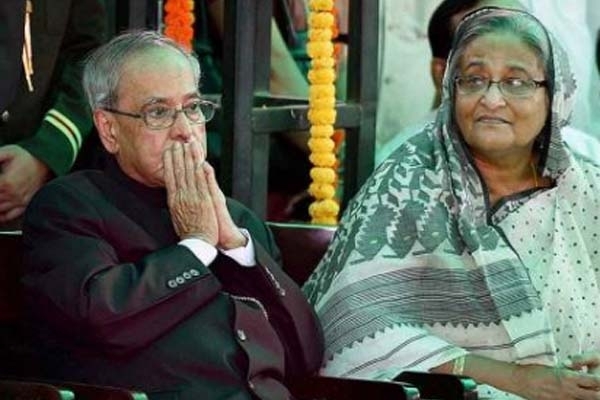 Prime Minister Sheikh Hasina said, “India lost a learned and patriotic leader with demise of Pranab Mukherjee, while Bangladesh lost a nearest person.” “He will remain alive as a glittering star in the politics of the subcontinent,” she said. The premier said this while expressing deep shock and sorrow at former Indian President Pranab Mukherjee’s death on Monday (August 31).

She said, “I recalled Pranab Mukherjee’s outstanding and unforgettable contributions to the country’s 1971 Liberation War as a politician and real well-wisher which will never be forgotten.”

“Pranab Mukherjee always extended his cooperation to my family while we were in exile in India following the August 15, 1975 killing of Father of the Nation Bangabandhu Sheikh Mujibur Rahman,” she said.

“In such a bad time Pranab Mukherjee always enquired about my family and stood beside us in any of our necessity,” she added. Sheikh Hasina said she also drew Mukherjee’s cooperation and encouragement even after her return to Bangladesh. “He (Pranab Mukherjee) is our guardian and family friend and he always provided courage to us in any crisis,” she said.