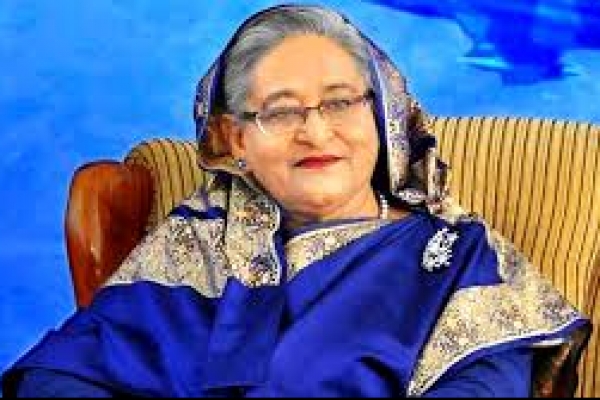 Prime Minister and Awami League (AL) President Sheikh Hasina today asked the party leaders to complete full-fledged committees of units in different districts alongside working unitedly for the victory of party-nominated candidates in the upcoming by-elections.

“You’ll have to take necessary measures for completing the full-fledged committees of the units in different districts as those have not yet been declared due to coronavirus outbreak, but their councils have already ended,” she said while joining a secretariat meeting of the AL from her official Ganabhaban residence here.

While addressing the meeting held at the party’s central office at Bangabandhu Avenue here, the premier simultaneously instructed her party leaders to work more for further strengthening the AL.

She stressed the need for unity among the party leaders and activists for working in favour of the AL candidates in some upcoming by-elections of the Jatiya Sangsad and local bodies.

“We’ll have to work together for the win of the party-nominated candidates in some upcoming by-polls despite the AL has huge votes in everywhere as the people have trust and confidence in the party,” she said.

As part of the move to give a boost to organizational activities of the AL at the grassroots after a long gap for coronavirus outbreak, the prime minister said they are set to hold meetings of presidium, working committee and associate bodies.

She asked the party leaders, particularly its secretaries, to work on their respective subjects on which the government has been working for ensuring the overall development of the country and welfare of the people as well.

In this connection, the AL president urged the party leaders to go through the AL’s election manifesto and economic policy as well as the measures taken by the government for ensuring country’s overall development and discuss those in various subject-wise meetings and seminars.

She asked her party men to think how the masses will get a better life and what the government and the party can do in this regard.

“Our responsibility is to serve the people and we have to do it. To pursue this virtue, the Father the Nation is an idol for us and we can follow him,” she said referring to the people’s trust and confidence in the AL for which they have voted the party to power time and again.

The prime minister directed her party leaders to find out the landless and homeless in their regions as her government has set a goal for ensuring land and home for all the people marking the birth centenary of Father of the Nation Bangabandhu Sheikh Mujibur Rahman.

About the stimulus packages announced by the government to offset the COVID-19 fallout on the economy and other sectors, Sheikh Hasina pointed out that due to these packages, the country’s commerce and industry as well as the development programmes are being run properly.

She said that her government has been constructing 100 economic zones across the country mainly for attracting more local and foreign investment and thus accelerate the country’s advancement.

At the outset of the meeting, the premier expressed profound respect to the martyrs of the August 15,1975, carnage including the Father of the Nation.

She also paid tributes to former Indian President Pranab Mukherjee describing him as a “true friend” to Bangladesh and a guardian-like figure for her family.

Noting that Bangladesh is observing one-day national mourning today in honour of the memory of the former Indian President who died on Monday, Sheikh Hasina said he (Pranab Mukherjee) was always beside them in any of their bad times.

“I can say, he and his family always looked after us and extended help every time when we took shelter as refugees in Delhi after the August 15,1975 carnage,” she said.

“Besides, he also stood beside us on all of our bad days particularly at that time when the Word Bank suspended their funding to the Padma Bridge, by bringing false allegations of corruption, and also during the 1/11 changeover, when I was arrested in false cases,” she continued.

The premier said at that time Pranab Mukherjee talked in favour of Bangladesh in the international arena as he had acceptance among all in India and across the globe.