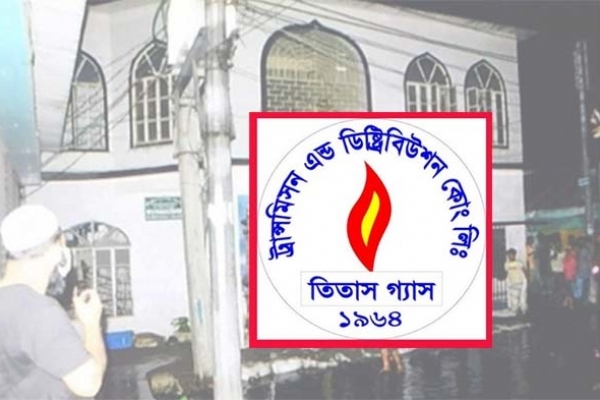 Eight officials and employees of Titas Gas Transmission and Distribution Company Ltd have temporarily been suspended for their involvement in alleged negligence over the explosion in a mosque at Fatullah in Narayganj. Besides, they have also been served show cause notice by Titas authorities.

A deadly blast occurred in Baitus Salat mosque at Pashchim Tall area at Fatullah in Narayanganj on Friday (September 4) night. A total of 27 people have died in the incident so far. Fire Service officials primarily said the explosion happened from gas leakage underneath the mosque.