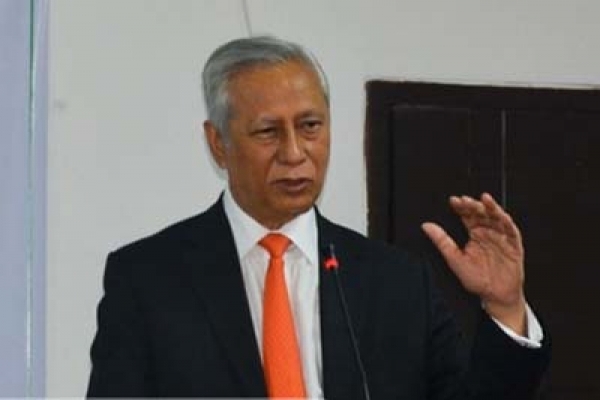 Attorney General Mahbubey Alam has passed away. He breathed his last at 7:25pm on Sunday (September 27). His son-in-law Riazul Haque confirmed the news to MTnews24.com.

Mahbubey Alam was admitted to Combined Military Hospital (CMH) with fever and sore throat on September 4. He was shifted to the Intensive Care Unit (ICU) on September 19 as his health condition deteriorated.

Mahbubey Alam was born at Mouchhamandra village of Louhajong of Munshiganj on February 17, 1949. He achieved post graduate in public administration in 1969 and graduate in political science in 1968 from the University of Dhaka. He also achieved LLB from same university in 1972. In 1973, he got permission from Bangladesh Bar Council to practice law and became a member of the Dhaka Bar Association.