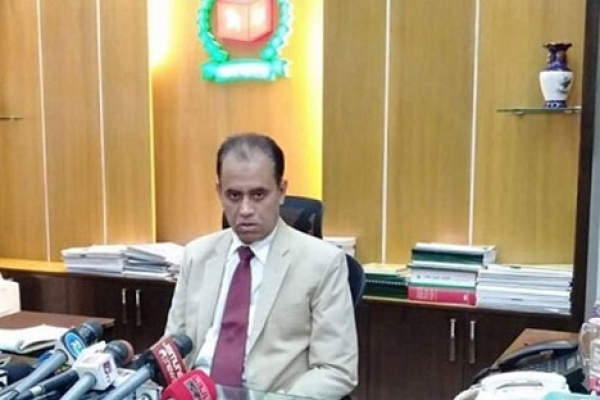 The second phase election to 60 municipalities has been held in a peaceful manner, the Election Commission Senior Secretary Md Alamgir has said.

"The voting has been held peacefully. Media has shown huge presence of the voters there and they cast their votes spontaneously," he said.

The EC senior secretary said this in a press briefing at Nirbachan Bhaban on Saturday after voting in 60 municipalities ended.

In this regard, Alamgir said participatory election, and neutral one are different thing. "EC's responsibility is to hold a neutral election. EC has nothing to do if any party does not take part in," he added.

Asked about the violences during elections in several places of the country, he replied violence in a few polling stations out of 650 ones is not a big matter. "In what election in our country violence does not happen?' he questioned.

The EC senior secretary also said the highest vote through EVM was 80 percent and lowest 55 percent while votes through ballot were respectively 75 and 15 percent.