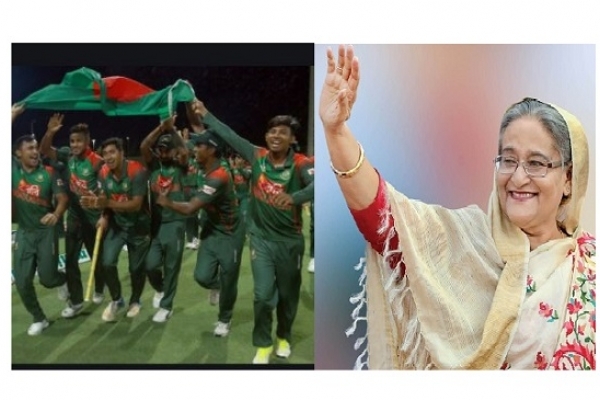 Bangladesh defeated West Indies by six wickets in first one day on Wednesday and the second ODI by seven wickets on Friday, reports BSS.

In a felicitation message, the cricket-lover prime minister greeted all the players, coach and officials of the national cricket team as well as Bangladesh Cricket Board (BCB) officials concerned for beating West Indies.

Sheikh Hasina expressed the hope that the winning spree of the Bangladesh cricket team would continue in future too.