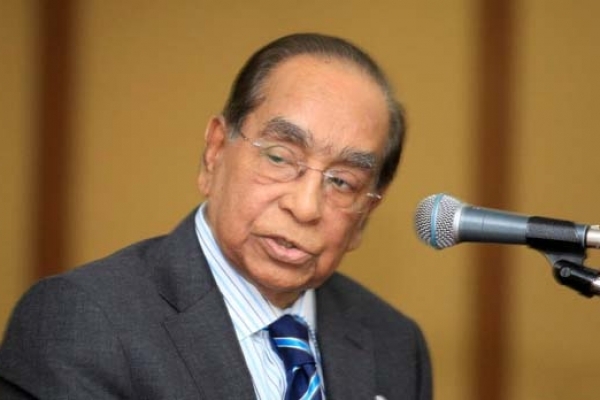 Prime Minister's Political Adviser HT Imam has passed away. He died around 1:00 am on Thursday at the Combined Military Hospital in the city, Awami League’s Office Secretary Biplab Barua confirmed. He was 82.

HT Imam was admitted to the hospital two weeks ago with multiple complications, including kidney diseases.

He passed matriculation exams from Dhaka Collegiate School and intermediate exams from Pabna Edward College. He completed his undergraduate in economics at Rajshahi College and masters in economics at Dhaka University. He then obtained a postgraduate degree in development administration at London School of Economics.

Imam joined Rajshahi Government College as an economics lecturer. In 1962, he joined the then Pakistan Civil Service. He served as the cabinet secretary to the Government of Bangladesh during the Liberation War.

Imam has been serving as the political adviser to the premier since 2014. Prime Minister Sheikh Hasina expressed deep shock at his death.