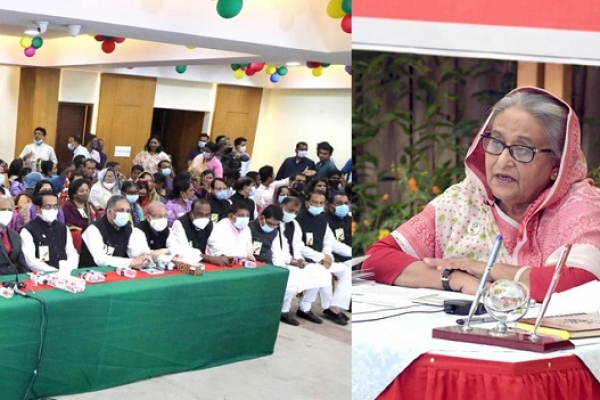 Prime Minister Sheikh Hasina has said, “Everyone forgets that Ziaur Rahman fired on Bengalis on the night of March 25 and 26 as a Pakistani officer. He (Zia) has worked as a broker of Pakistan from the very beginning. He was born there (Pakistan), also studied in Pakistan. He came her for job purpose. He got married and later stayed here.”

She said, “Even then, all those who took part in the liberation war were honoured. Bangabandhu Sheikh Mujib promoted Zia from Major to Major General. But he (Zia) was the mastermind of the Bangabandhu assassination and was involved in the conspiracy.”

The premier said this while addressing a discussion organised by Awami League at its central office on Bangabandhu Avenue on Monday (March 8) afternoon on the occasion of historic March 7. She joined the discussion through video conference from her official residence Gonobhabon.