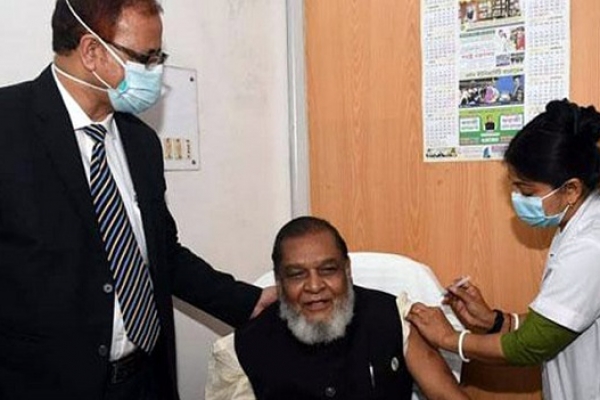 A video has intentionally been disseminated on social media on vaccination of Liberation War Affairs Minister AKM Mozammel Haque.

He said, “A propaganda is being carried out that Liberation War Affairs Minister did not receive the vaccine for coronavirus as a part of false propaganda made by the anti-independence quarter. The fact is that the Minister for Liberation War Affairs received the vaccine on February 17 at the Secretariat Clinic building. Journalists collected pictures and videos at that time. However, due to lack of space in the vaccination room, some of the journalists present could not take pictures and video footage. Later, at the request of the cameramen, the minister gave them the opportunity to take pictures and videos after the vaccination.”

He further said, “The minister said that legal actions would be taken against those who were spreading such false propaganda by editing the video.”