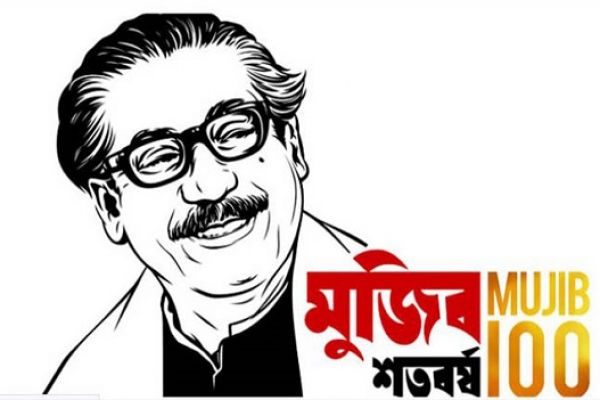 The nation is celebrating the 101st birth anniversary of Father of the Nation Bangabandhu Sheikh Mujibur Rahman and the National Children’s Day-2021 in a befitting manner today (Wednesday).

On this day in 1920, Bangabandhu, the undisputed leader of the Bengali nation, the architect of independent Bangladesh and the greatest Bengale of all times, was born in a respected Muslim family at Tungipara village of the then Gopalganj sub-division, now district.

He was the third among six offspring — two sons and four daughters — of his parents- Sheikh Lutfur Rahman and Sheikh Sayera Khatun.

In celebration of the day, President M Abdul Hamid and Prime Minister Sheikh Hasina issued separate messages paying profound respects to the memories of Bangabandhu and greeting the children.

On behalf of the president and the prime minister, wreaths were placed at the mausoleum of Bangabandhu at Tungipara in Gopalganj in the morning.

The theme of this year’s birthday of Bangabandhu and National Children’s Day is “Bangabandhur Janmadin, Shishur Ridoy Hok Rangin”.
Special programme has been chalked out on the premises of Bangabandhu’s mausoleum in Tungipara.

Prime Minister Sheikh Hasina will virtually join the programme from her official Ganabhaban residence at 10.30 am. State Minister for Women and Children Affairs Fazilatun Nessa Indira will join it as the special guest.

Different competitions for children and cultural function will be held there. Fazilatun Nessa Indira on behalf of the prime minister will hand over awards among winners.

Discussion, drawing and essay competitions, cultural functions are being held at district and upazila levels and different educational institutions.

Bangladesh Betar, Bangladesh Television and other private TV channels and radio stations are airing special programmes highlighting the significance of the day.

The ruling Awami League (AL) has drawn up elaborate programmes to celebrate the day.

The programmes include hoisting of the national and party flags atop all AL offices across the country including Bangabandhu Bhaban and AL’s Bangabandhu Avenue central office at 6:30 am on March 17, placing of wreaths at Bangabandhu’s portrait at 11.30 am.

Doa mahfil (special prayers) will be arranged at the mosques across the country including Baitul Mukarram National Mosque after Johr prayers.

Marking the birth anniversary of Bangabandhu, Awami League will hold a discussion at the party’s central office at Bangabandhu Avenue at 11am on March 21.

Awami League President and Prime Minister Sheikh Hasina will chair the discussion through a videoconferencing from her official Ganabhaban residence.