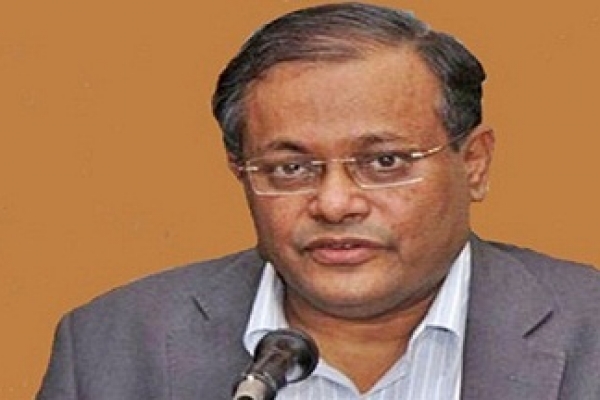 The minister made the opinion while addressing a programme organized by Bangladesh Awami Muktijoddha Projonmo League at press club in the capital on Saturday.

Hasan Mahmud also said, “The reality is Khaleda Zia is suffering from old age complications including pain in leg and waist. But, BNP leaders showed the issue as a new crisis highlighting it wrongly.”