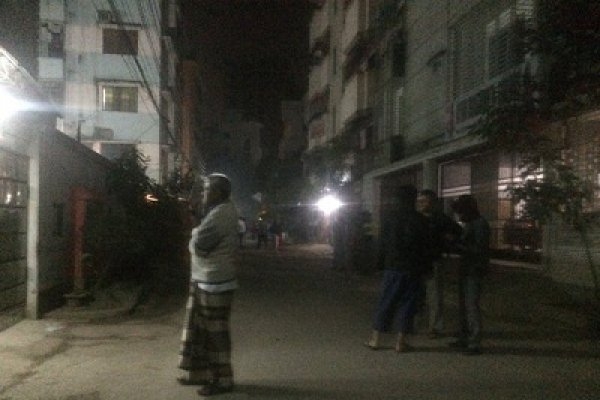 In Bangladesh two persons  dead and 32 others were injured during the earthquake .

The deceased is Atikur Rahman, 23, at Jurain in Dhaka.

Atikur fell sick while getting out of his residence in a hurry when the earthquake struck around 5:05am Monday.

Later, he was declared dead when taken to Dhaka Medical College Hospital around 5:45am.

The earthquake hit at 04:35 local time (23:05 GMT Sunday) about 33km (20 miles) northwest of Imphal, the capital of Manipur state, in northeast India, near its border with Myanmar and Bangladesh, according to the US Geological Survey (USGS).

In northeastern India, at least six persons were dead and 100 injured.

Six of the injured were said to be serious and admitted to hospital.
There is large scale damage in Imphal, the capital of Monipur, with many houses reporting huge cracks. Walls of many building have also collapsed.