Mugabe to meet with army chief on his future

Mugabe to meet with army chief on his future 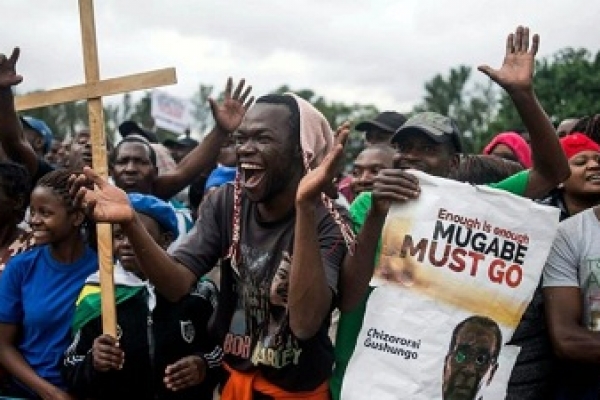 Zimbabwe's President Robert Mugabe is to meet the army chief amid intense pressure for him to step down.

Mediation will be led by a Catholic priest, state TV said. Mr Mugabe has largely been confined to his house since the army took over on Wednesday, reports BBC.

The governing Zanu-PF party is also meeting to discuss whether to dismiss their founder and long-term leader.

Mr Mnangagwa's dismissal made Mr Mugabe's wife Grace front runner to become next president. He is likely to be reinstated as vice-president when Zanu-PF convene.

Tens of thousands of Zimbabweans took to the streets on Saturday to celebrate the army's takeover and to urge Mr Mugabe to quit.

They tore pictures of Mr Mugabe and marched to his office and residence.

The military says it will advise the public on the outcome of talks "as soon as possible".