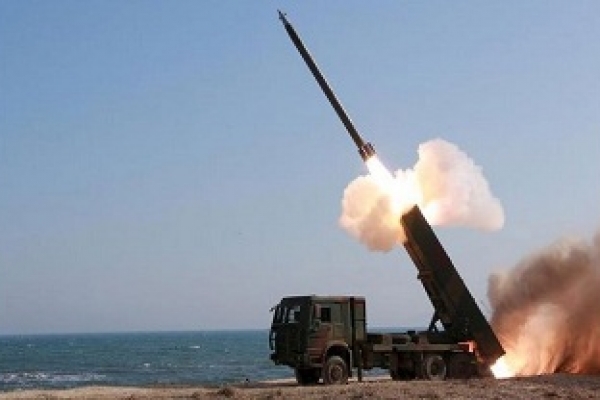 Workshops conducted in the capitals of China, Pakistan and India recently, have come to the optimistic conclusion that all three countries see themselves as stakeholders in the existing international order, and are committed to an open economic order and multilateral institutionalism.

A report supported and funded by the MacArthur Foundation, and authored by Gaurav Kampani and Bharath Gopalaswamy, has concluded that none of these three countries would use their sophisticated and diversified nuclear arsenals to bring on what they describe as "The Second Nuclear Age."

It may be recalled that the "First Nuclear Age" was manifested during the Cold War years of 1950s and 1960s.

Despite this optimistic conclusion, both Kampani and Gopalaswamy, have, in their report, flagged some important concerns.

They believe that the greatest threat to stability in the region "comes not from the development of large, sophisticated, and diversified nuclear arsenals, but from the continued stability of the institutions guarding them."

Cautioning both China and India against going in for or promoting "aggressive nationalism", both authors have warned that such thoughts or actions thereof could lead to "truly horrendous" consequences and realise the "worst-case assumptions of nuclear pessimists."

Admitting that the Asian nuclear equations and dimensions are complex, Gopalaswamy and Kampani carefully discern the instabilities, not merely at the inter-state level, but also at the intra-state and civil-society levels, dimensions that are often ignored in many contemporary analyses of the region.

Their insights in this report give us a better understanding of competitive nuclearisation occurring in China, India and Pakistan currently, and they believe it should be a must-read for both scholars and policy makers alike.

They said, "During the first nuclear age, baroque nuclear arms buildups, technical one-upmanship, forward- deployed nuclear forces, and trigger-alert operational postures characterised the competition between the super powers and their regional allies. The nuclear rivals embraced nuclear war-fighting doctrines, which internalised the notion that nuclear weapons were usable instruments in the pursuit of political ends, and that nuclear wars were winnable. (Now), there is a sense of deja vu among nuclear pessimists that nuclear developments in China, India and Pakistan could produce similar outcomes."

In their report, titled 'Asia in the Second Nuclear Age', they state, "The second nuclear age consists of two separate systems of nuclear rivalry, with potentially dangerous spillover effects. The first rivalry is centered on India, Pakistan, and China, with a geographic footprint that overlays the larger Indo- Pacific region. The second rivalry encompasses the Northeast Pacific, overlaying the Korean Peninsula, Japan, and the United States."

"North Korean developments, and a potential U.S. overreaction to them, threaten China's historic nuclear minimalism and its own interests as an emerging global power. Similarly, U.S. suggestions of a global retreat, and the retraction of extended deterrence guarantees to its allies in Northeast Asia, could push those allies to acquire independent nuclear arsenals and intensify the second nuclear age," they warn.

It was observed that the size of the Chinese, Indian, and Pakistani arsenals will remain a function of the calculations of damage ratios that each believes essential to achieve deterrence.

"Yet, if current trends remain stable, the size of their arsenals should remain comparable to the French and British nuclear arsenals. The arsenals will be large, but will by no means approach the gargantuan size of the US or Russian nuclear arsenals," the two authors said.

Both further go on to say that the "big difference between the first and second nuclear ages is the domestic stability of the nuclear-weapon powers."

"For the greater part of the first nuclear age, states that wielded nuclear arsenals were stable and boasted strong governing institutions. In Asia, while China and India represent this continuity of strong state institutions, as well as checks and balances on the military, Pakistan remains internally unstable and increasingly unable to rein in praetorianism over national security and nuclear policy," they add.

Indian planners and strategic thinkers have updated their nuclear philosophy to consider the new structure of the Indian nuclear force. But they insist that its drivers remain the same as before: the arsenal serves as the means of deterring potential nuclear threats from Pakistan and China.

Also emphasized is India's goal to ultimately develop an invulnerable, and lethal, second-strike capability to achieve deterrence. The other point reiterated in New Delhi is that, whereas India's initial operational focus was Pakistan-against which a conventional war is considered most likely-strategic attention in nuclear force planning is increasingly focused on China, against which India possesses a very limited retaliatory capability.

Senior and retired government officials, however, shy away from specifying damage-expectancy targets for either Pakistan or China.

The other conclusion that comes out is that by the middle of this century, these three nuclear powers will field arsenals, each possibly the size of France's or the UK's, and well in excess of Israel's. Each will also possess a diversified nuclear arsenal in terms of delivery systems, but not in warhead types, with the exception of China. The authors say that from a non-proliferation perspective, this is a highly negative development.

"This absoluteness, however, is mitigated by the political, structural, cultural-institutional, and technical subtexts in which the arsenals are embedded. Politically, the regional competitors do not find themselves in security dilemmas in which the existence of their political systems is at stake, as did the competitors during the Cold War," the authors say.

"China, India and Pakistan are stakeholders in the existing international order, and are committed to an open economic order and multilateral institutionalism. Further, unlike the pre-World War I era, no competitor in the second nuclear age is part of rigid alliance systems engaged in repeated crises driven by notions of absolute gains," they add.

The Atlantic Council's South Asia Center conducted three workshops in India, Pakistan and China on the unfolding nuclear dynamics in the region.

All three workshops had a common theme: Assessing Nuclear Futures in Asia. Under this umbrella theme, participants tackled three specific subjects (1) General nature of the strategic competition in Indo-Pacific region (2) The philosophical approaches shaping nuclear developments in China, India and Pakistan and (3) The hardware and operational characteristics of their nuclear forces.

The first workshop was held at the Center for International Strategic Studies in Islamabad.

The second workshop was conducted at the Center for Policy Research in New Delhi and the third workshop was held at the Carnegie- Tsinghua Center in Beijing.