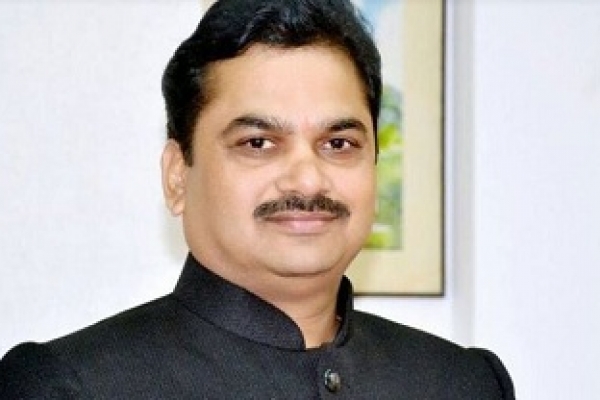 A minister from India's ruling party has been criticised for urinating in the open, despite a government drive to persuade people to use toilets.

Video of Ram Shinde relieving himself in a field in Maharashtra went viral on World Toilet Day and has been shared thousands of times on social media.

But the minister said he had to answer the call of nature because he felt unwell - and couldn't find a toilet.

Mr Shinde, who is state minister for water conservation, said he had been travelling for the last month reviewing an irrigation scheme when he was caught short on a stretch of road between Barshi and Solapur in south-west Maharashtra on Saturday.

"Continuous travelling in high temperatures and dust made me ill. I was also suffering from fever," the minister, from Mr Modi's Bharatiya Janata Party (BJP), told PTI news agency.

But Maharashtra's main opposition Nationalist Congress Party (NCP) said the fact the minister could not find a toilet on a main road showed the government had failed in its mission to provide toilets in public spaces.

"How can the prime minister expect people to follow discipline when his own ministers are a bunch of undisciplined people?"

Mr Modi launched his nationwide Swachh Bharat (Clean India) campaign in 2014 to promote cleanliness. He promised the government would build millions of toilets across the country.

But critics say the scheme has had little impact in most parts of India.

A report by the charity group WaterAid for World Toilet Day on Sunday said that more than 700 million Indians still suffer the indignity of relieving themselves in the open, or using unsafe toilets.