Myanmar hopes for deal with Bangladesh this week

Myanmar hopes for deal with Bangladesh this week 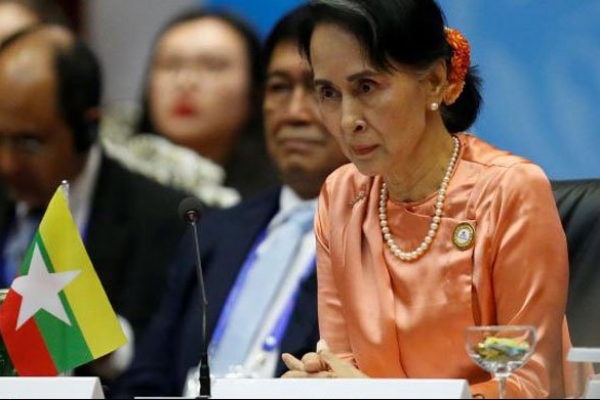 Myanmar’s de facto leader Aung San Suu Kyi said on Tuesday she hopes talks with Bangladesh this week will result in a memorandum of understanding on the “safe return” of Rohingya Muslims who fled to Bangladesh in the past three months, reports Reuters.

A military clearance operation launched in Myanmar’s Rakhine State has driven more than 600,000 Rohingya out of the Buddhist-majority country since late August.

Suu Kyi spoke to reporters at the end of a meeting of senior officials at an Asia-Europe Meeting, or ASEM, in Myanmar’s capital Naypyitaw, where the crisis in Rakhine was discussed on the sidelines of official talks.