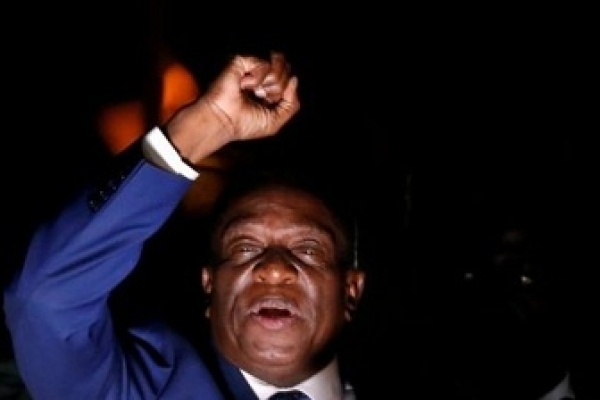 Emmerson Mnangagwa is to be sworn in as Zimbabwe's president, following the dramatic departure of Robert Mugabe after 37 years of authoritarian rule.

The former vice-president - who returned from exile on Wednesday - will be inaugurated at Harare's stadium.

His dismissal this month led the ruling Zanu-PF party and the army to intervene and force Mr Mugabe to quit.

The opposition is urging Mr Mnangagwa, who has been part of the ruling elite, to end the "culture of corruption".

The news on Tuesday that 93-year-old Mr Mugabe was stepping down sparked wild celebrations across the country.

It came in the form of a letter read out in parliament, abruptly halting impeachment proceedings against him.

In it, Mr Mugabe said he was resigning to allow a smooth and peaceful transfer of power, and that his decision was voluntary.

Neither Mr Mugabe nor his wife Grace have been seen in public since Sunday, and their whereabouts are unknown.

On Thursday, several reports suggested Mr Mugabe had been granted immunity from prosecution.-BBC