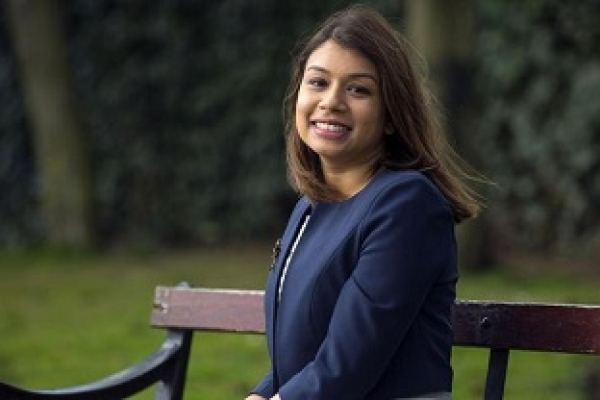 Labour Party MP and granddaughter of Father of the Nation Bangabandhu Sheikh Mujibur Rahman Tulip Rizwana Siddiq has received an award for 'Labour Newcomer MP of the year' at the annual Patchwork Foundation Awards in Westminster, reports BSS.

She recently received the award from the Speaker of the House of Commons John Simon Bercow, according to a message received here yesterday.

"I was so proud to receive a certificate for Labour Newcomer of the Year and to speak to the brilliant volunteers about life as an MP", reads a facebook post of Tulip, daughter of Sheikh Rehana.

The Patchwork Foundation is a UK-wide organisation that supports the integration of different communities into British democracy and civil society.

Many of those who receive awards use their speeches to further encourage young people to engage in the political world that governs their lives. Attendees include Government cabinet members, other ministers and the Speaker of the House of Commons.

Patchwork's annual awards provides politicians with the opportunity to reflect on the projects and campaigns led by the organisation. Tulip Siddiq MP has worked hard over the last year on a wide range of issues, including the campaign to Free Nazanin Zaghari-Ratcliffe, and on Early Years.

The organisation enjoys support from both the current Prime Minister Theresa May and Leader of the Opposition Jeremy Corbyn.

In addition to awards ceremonies, Patchwork runs events and masterclasses to bring youth leaders together with current politicians. It also plays an important role in encouraging young people to vote when there is a major election in the UK.

Tulip retained her Hampstead and Kilburn seat in the June 8 elections with a margin of 15,560 votes.

She polled 34,464 against her Conservative rival's Claire-Louise Leyland 18,904 in Hampstead and Kilburn seat.

Tulip was first elected to represent the constituency in the general election of May 2015.

She, however, resigned as the shadow minister following Jeremy Corbyn's decision to impose a three-line whip on Labour MPs to vote in favour of triggering Article 50.

Tulip's maiden speech in the House of Commons was rated among top seven memorable speeches, according to a ranking by BBC.

She was a former councilor in Regent's Park and Cabinet Member for Culture and Communities in Camden Council, according to Wikipedia.

Born in Mitcham, London in 1982, Tulip completed two Master's degrees - one in English literature and another in Politics, Policy and Government - from King's College London.